Cacti is a specific group of plants- one with distinctive features, suited for a certain climate. Almost all cacti ( big or small) have thorns or thorny leaves that are an evolutionary aspect related to defense mechanisms. Other kinds of cacti may not be armed with sharp pinpricks on their self, but are equally capable of growing and thriving in hot, arid regions. Cacti feature thick, photosynthetic leaves and stems that modify themselves and are commonly known as ‘spines’.

Cactus, as a plant, has adapted itself for growth in hot and dry climes. It can sustain itself on very little water- storing the resource carefully, stowing it away for survival during the drought season. There is of course, no lack of the sun.

Another important point worth mentioning here is how well the plant has adjusted its physiology in an environment where humus is hard to come by.

And although predominantly regarded as desert plants, cacti can be grown inside your home too! Indoor cacti tend to have a lower dependence on the sun and are generally smaller- which makes them exactly right as houseplants. 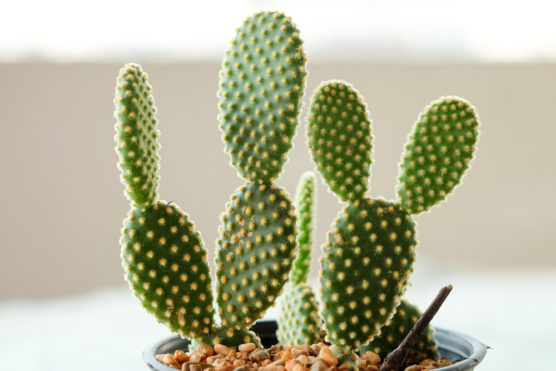 A native to Mexico, this type of cactus has two pads shaped like rabbit ears. Hence, the name. The plant can grow up to 2-3 feet.

The pads generally vary from light to medium green and are dotted with brown prickles, the technical term for which is glochids.

The bunny ears cactus is also a flowering plant- and produces white blossoms and purple fruits in the summer months, granted the light requirements are met. 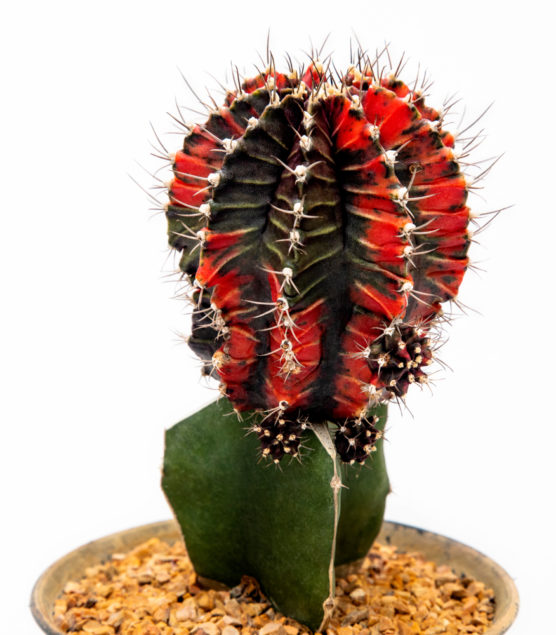 A South American species of cactus, this plant gets its name from the flower buds which have no spines or hair. The buds are usually a pale pink, that turns to red once they mature.

There are several varieties- with some having a higher dependence on sunlight than others. A modicum of bright, indirect light is however, deemed necessary. Gritty cactus soil is recommended for use. Watering in the summer months should be done once a week, and only after the soil is completely dry. 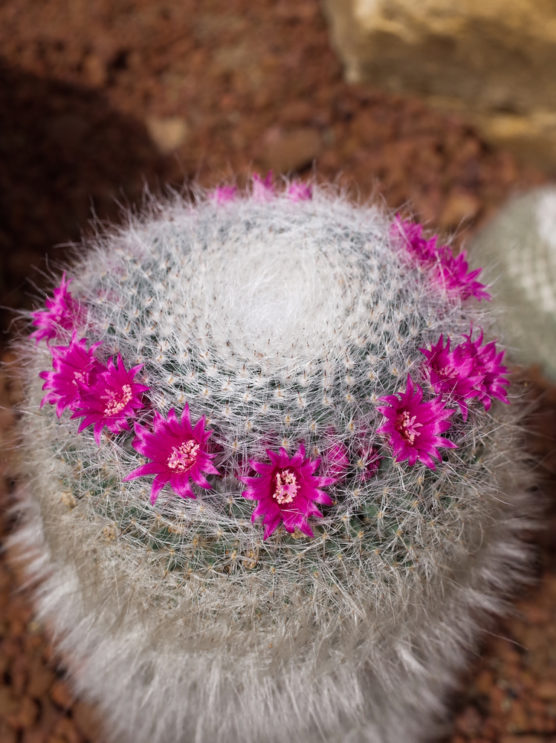 The old lady cactus is part of the mammillaria family, which has over 250 varieties. This one in particular greatly resembles a pincushion- it has a large, broad base into which are embedded countless thorns.

Another flowering plant, springtime is usually the blooming season. The flowers are small pink and purple blossoms that grow in clusters and in an outward direction.

The plant is best suited for growth in sandy soil, and needs to be watered every alternate week. 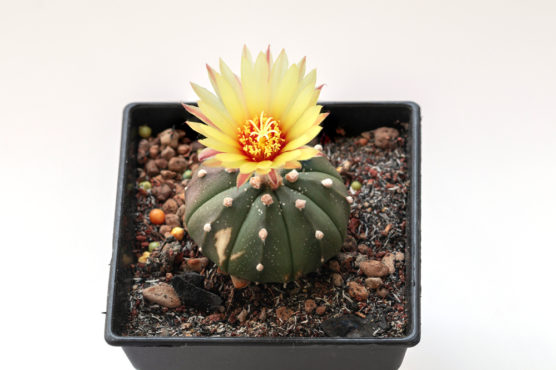 Also known as the sea urchin cactus, the star cactus has a round body sectioned into eight portions. The plant has a fuzzy white layer over the body and white dots that line the surface.

It is a small plant, that grows a maximum of two to six inches wide. Springtime heralds flowering season. The flower is yellow and small. 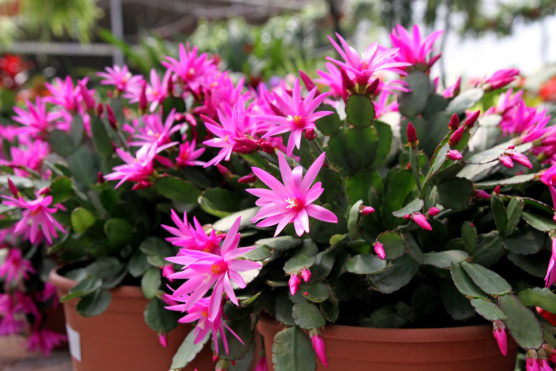 Another flowering cactus, this plant has larger flowers than most other cacti in general. It is recognized and cultivated for its large, diaphanous blooms in a variety of shades- white, orange, and lavender. The cactus blooms in late winter, and the season lasts till spring.

The spines of this cactus undergo a curious phenomenon in which they are stacked one on top of others- in order to give rise to a tumbledown tower. This is a characteristic of the plant, which can grow up to reach a considerable height.

Sunlight is essential, although direct exposure to light is discouraged. 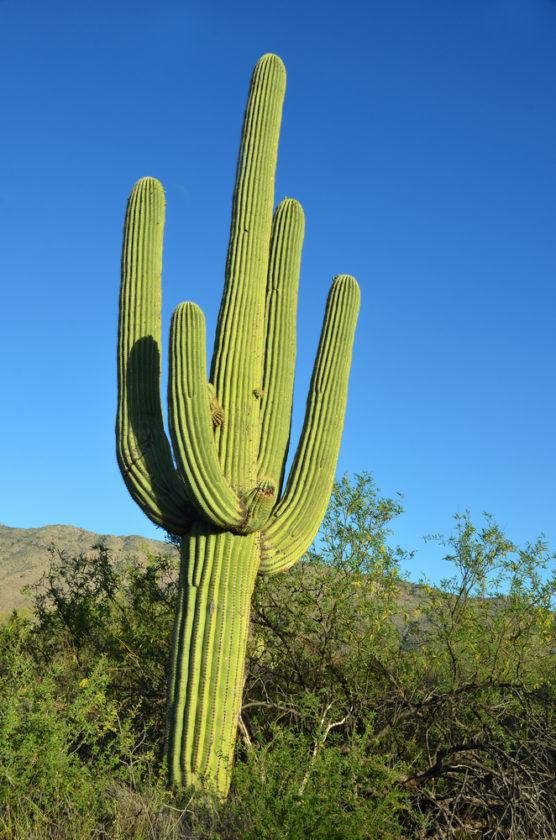 I will admit, the Saguaro cactus does not exactly fit the brief of an indoor plant. It is large and is known to reach a maximum height of 40 feet. However, it is a slow grower which means you can keep it inside your home until it grows too big to fit indoors.

The saguaro is a personal favorite, predominantly owing to its appearance- tall, barrel-shaped, sturdy, sharp spikes- that are immediately evocative of desert climes.

Unlike most others on the list, this plant requires a lot of direct sun to be able to grow properly. 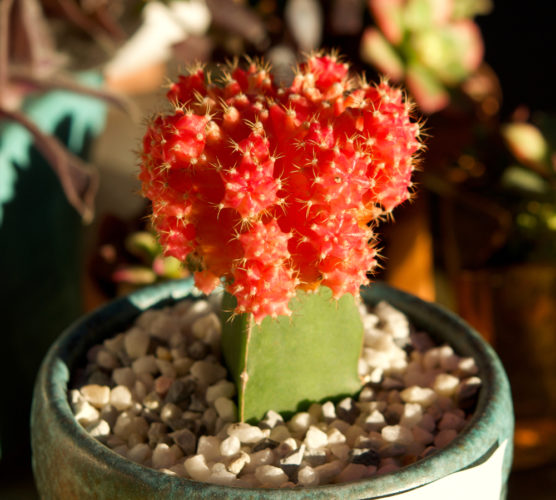 A window sill fixture, this, there are different varieties of moon cactus. They usually tend to be compact and small, easily movable plants that are perfect for the indoors.

The hibotan cactus, which is arguably the most visually appealing of the lot comes in different shades of reds, pinks, and oranges and is inclined to prefer partial shade.

These colorful plants are sometimes spike-less or equipped with a lower than the usual number of them, which makes them especially suitable for a home with children or pets. 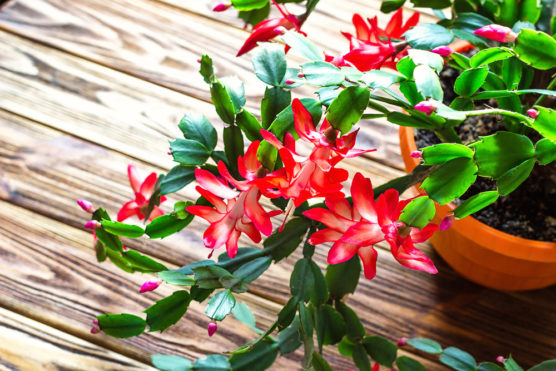 Named after the holiday owing to a late winter blooming season, the Christmas Cactus is beautiful and vibrant. It has red flowers, which excel in bright, indirect light. However, the plant does as well in conditions of low light and is thereby well suited for a sustainable course inside the house.

Excess moisture or overwatering causes the roots to rot which in turn leads to the plant dying, so one must take care to ensure that the soil in which the plant is growing remains well-drained at all points of time. 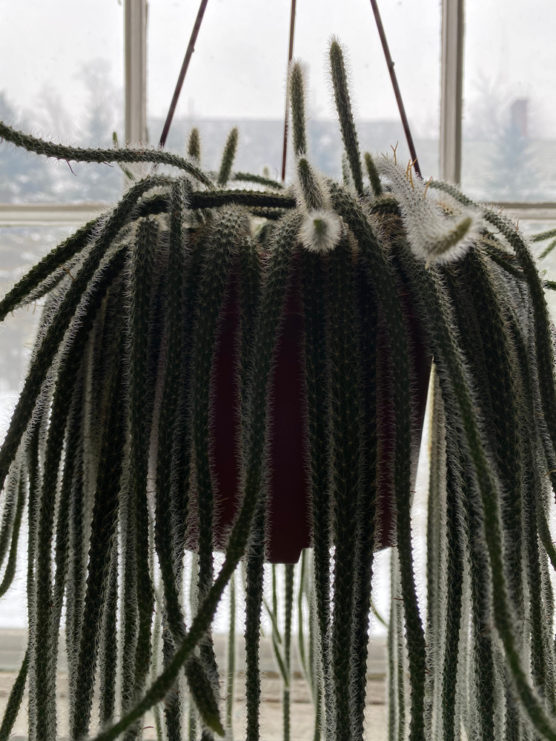 Named after its canny resemblance to a cluster of rodent tails, this plant is native to Mexico.

It is fast-growing and has trailing stems that are thick, green, and dotted with sharp burs. Direct light is advisable, as is frequent watering in order to ensure healthy growth. [The trailing stems can grow up to 3 feet long.]

A flowering plant, the cactus produces magenta blooms which are often used for medicinal purposes. Other colors may include violet and orange. 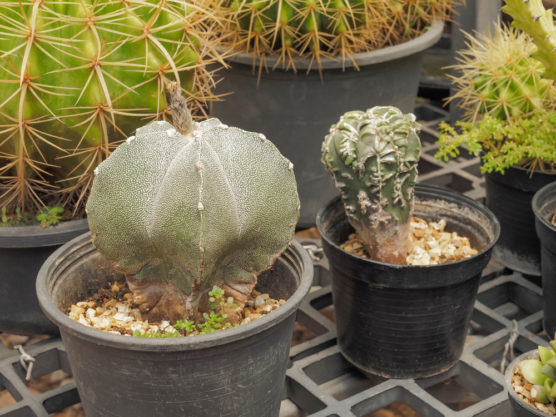 A plant with a simple, spherical shape- Bishop’s Cap is a plant made for hot weather. It is a stickler for sunlight and shows remarkable improvements when given its due, i.e, the development of yellow blooms.

It has several deeply ridged spheres, each covered by spikes. The plant can grow up to a few feet tall. The plants are seen to often develop a frosty white coat, confused with a disease, but which is in actuality a defense mechanism for protection against the sun.

This plant does not need to be watered frequently, perhaps a few times a month, and only when the soil in which it grows ceases to retain moisture.

Pro Tip: The plant can be a little unsteady in the first stages of its growth- setting a foundation with gravel is a good idea.

And there you go, we have reached the end of the list- a list of different cacti you can grow in your home.

I hope I have enlightened you, the reader, on how cactus is not just a plant for the sandy outdoors but a plant you can easily have on the window by your bathtub. Prickly, but all the more beautiful because of it. 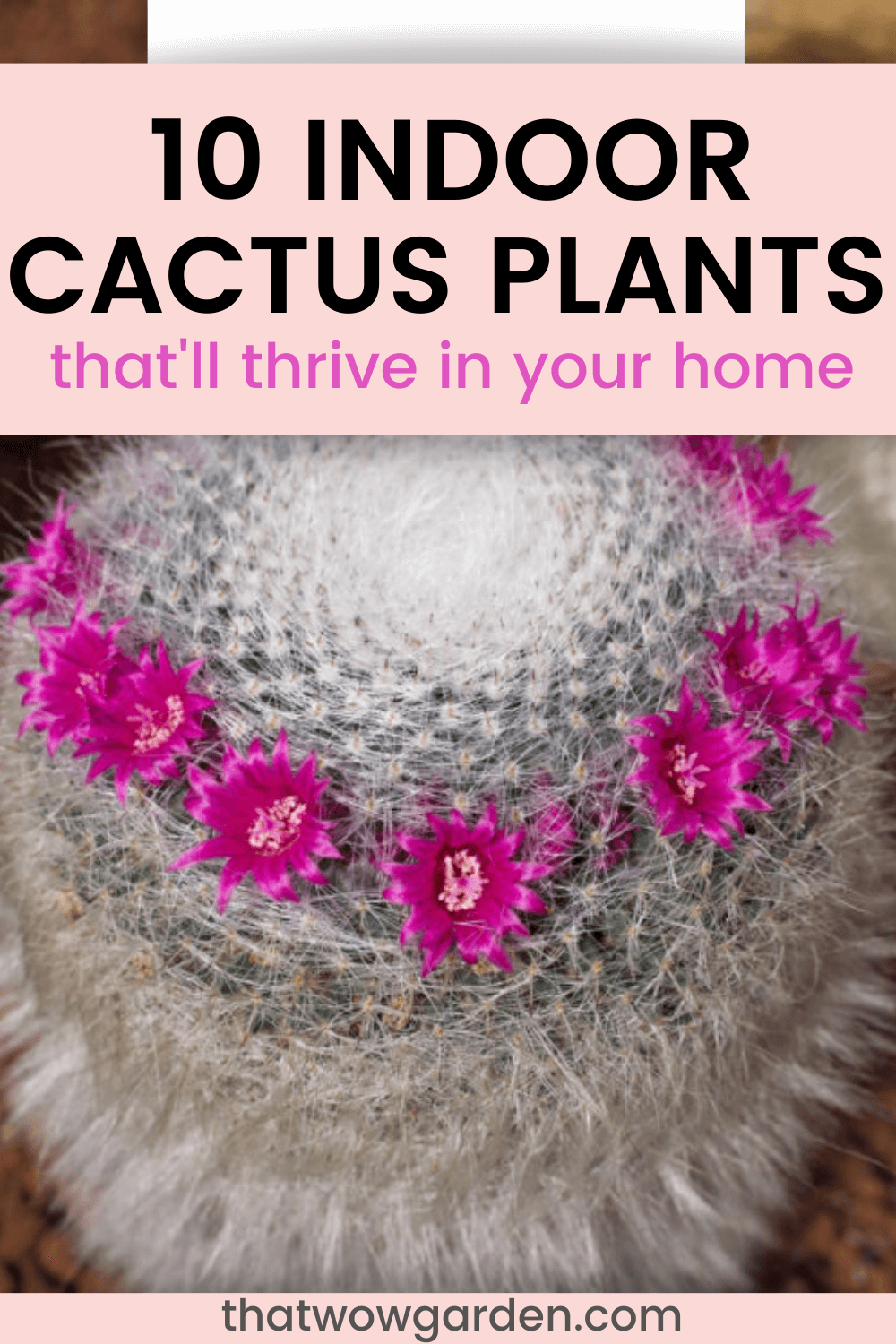