There are certain places around the world where snakes are a common sight around the households. If you’re a resident of one of these areas, you must be acquainted with the mortifying sight.

You can’t consider snakes to be a bane for your garden as they eat up rodents like rats and mice that kill your garden. However, for ‘safety reasons’ snakes are a threat around the human habitat. Whether they’re venomous or non-poisonous their bites can be deadly or anguishing to say the least.

There are several commercial products that can deter snakes but they’ll also deter your efforts of articulating a healthy garden. So switch to natural methods to keep snakes away from your property. The presence of rodents is a surefire for trespassing by snakes, thus keeping them at bay will keep snakes away.

Another natural method is by growing some particular types of plants in your garden or your backyard or anywhere which can be a possible entryway for snakes. Snakes have an extraordinary sense of smelling and foreign smells irk them to such an extent that they’d rather flee away from the place. These plants release odors and fragrances that seem foreign to snakes and hence keep them away. 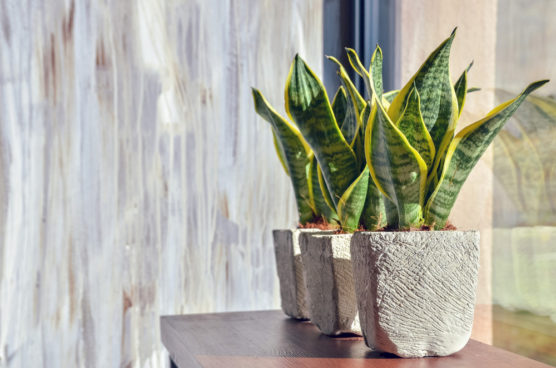 Contrary to its name, the snake plant doesn’t attract snakes it’s rather used to shoo away them. It is also called mother-in-law’s tongue or viper’s bowstring hemp and is an easy to grow plant for beginners.

It can withstand the highest level of negligence (can go for up to a month without watering) and you can keep them in either direct or low sunlight.

They grow best in a humid atmosphere, although any given kind of environment suits them ( such an adjusting nature ). Snake plants act as a barrier against snakes by their long sharp leaves which petrify the snakes. 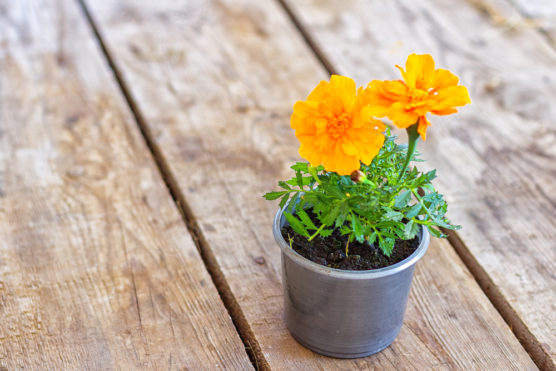 This vibrant colored plant is quite common among the tribe of garden plants. Marigold grows best under complete sunlight and slightly moist soil. It’s cheap to buy so stop worrying about the budget now.

The pungent smell their roots pump out is the key reason to keep snakes away. In addition, they reduce the possibility of the presence of insects too.

You can undoubtedly grow this plant in your garden as it’s definitely going to add up to your garden’s beauty quotient ( and obviously keep snakes away ). Marigold attacks most of the snakes but there are a few exceptions as well so mind it at the time of selection. 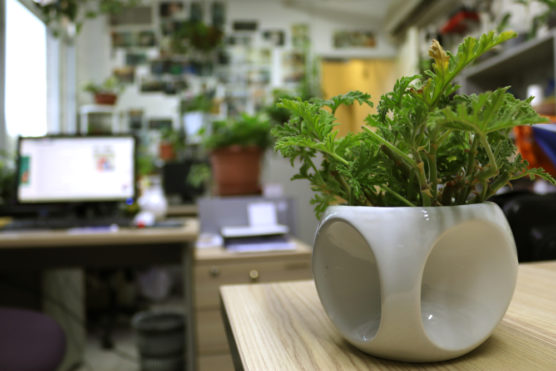 Mugwort or wormwood ( scientifically known as Artemisia Vulgaris ) is another effective weed that you can grow in your garden to get rid of snakes. This plant has medicinal value in some parts of Asia and is an easy to maintain breed.

It grows up significantly at a very fast rate, so make sure it has ample space to spread and there’s no other plant in the vicinity.

It grows best in moist but well-drained soil under indirect sunlight or in shaded areas. Being an easy to maintain plant, you can grow it in any kind of soil in terms of texture, pH value, etc. 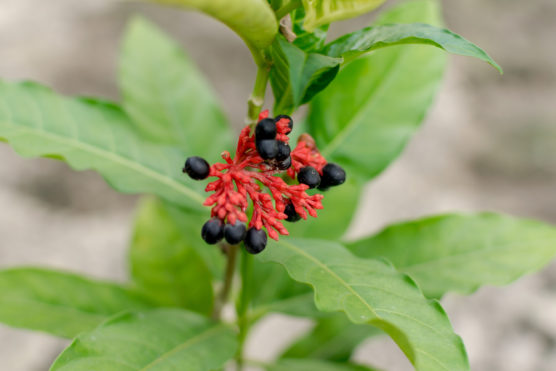 Indian snakeroot (or devil pepper), this plant too has medicinal value in India and some parts of East Asia. In traditional Ayurveda, one can use it to regulate blood pressure and cure mental illness. In addition, it’s known to cause drowsiness and slow down the heart rate and treat snake bites.

Avoid exposing them to direct sun for a longer period and choose humus-rich, loose and airy, moist, and well-drained soil. 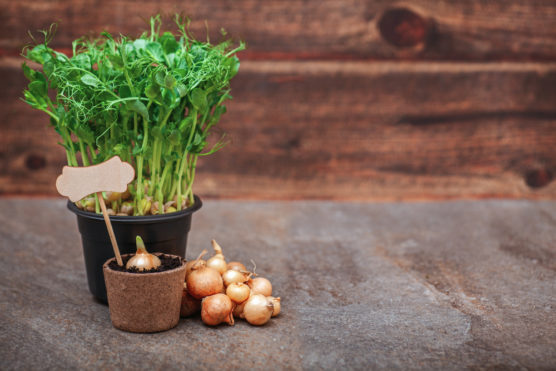 While onions can make humans cry their eyes out, they have a dire effect on snakes that shoo them away. This is because of the production of sulphonic acid which is readily present in the onions.

You can grow onions in your yard in order to keep those snakes away. Onion is widely used in cooking so the plantation will be serving you in more than one way.

It can grow well in any type of soil, however deep, friable loam and alluvial soils are the best suited. It does not require much watering, just that the soil must be moist and not soggy all the time. 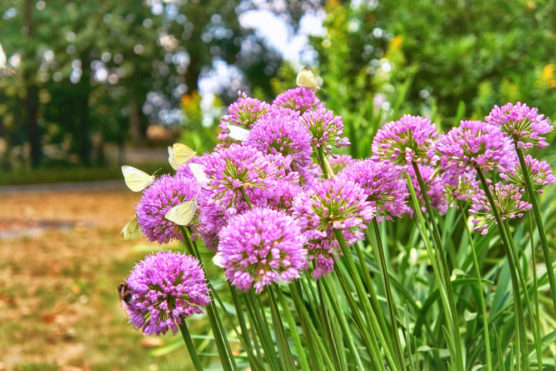 Pink Agapanthus is a flowering plant so it’s going to add aesthetic value to your garden or yard. Snakes dislike the smell of their flowers and leaves produce. It simply annoys or discomforts them as we get discomforted by the pepper spray.

The plant is also used to treat mild headaches and sinus infection. It mainly requires moderately fertile, well-drained, and loamy soil. It can stand scorching heat and even drought conditions, so it’s highly recommended if you’re settled in a hot region. 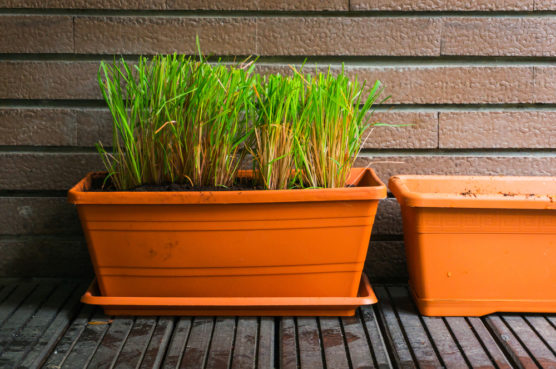 How Lemongrass? Well, the citrus smell of the lemongrass plant is the key reason that keeps snakes away. Besides, it also hinders the perpetuation of bugs and insects that make our garden messy.

If you’re living in a drought-prone area, this plant is the perfect fit for you that will help you get rid of snakes and insects too. It contains the chemical named ‘reserpine’ which contributes highly to its multifaceted nature.

It is a perennial plant and you just have to water it regularly during the summer season. The best thing is it thrives in fertile and moist soil and can go days without water. The strong scent scares the snakes so they like to stay away. 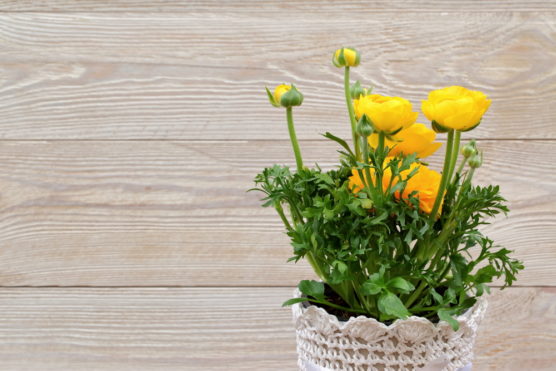 Also known as Yellow Alder, is an effective snake repellent. Its vibrant yellow and green color and appearance prevent snakes from slithering around that place.

The plant usually prefers moist and well-drained soil. Moderate watering under full sun and half shade are necessary for its growth. It blooms almost the entire year, safeguarding your garden all year long.

This plant is exclusively made as a garden plant which means you can’t use it as an indoor houseplant. 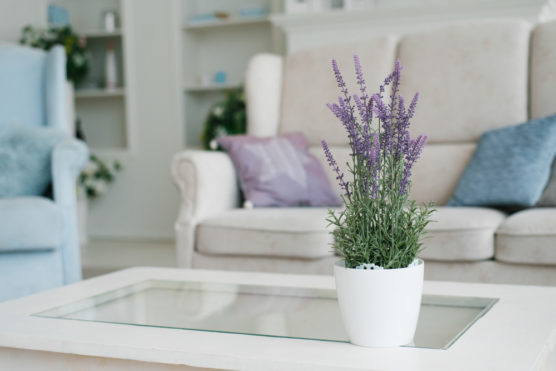 Strong fragrances keep the rodents away on which the snakes feed, thus automatically keeping the snakes away. The smell which seems pleasant to us can be detrimental for those rodents.

Lavender is a beautiful sight to behold which blossoms all year long. It will survive the best under at least eight hours of direct sunlight, the soil must be well-drained and not too acidic especially during the winter season.

Once your plant is established, it requires minimal watering and efforts to grow. There are different types of lavender available in the market so follow the label before moving further with the growing process. 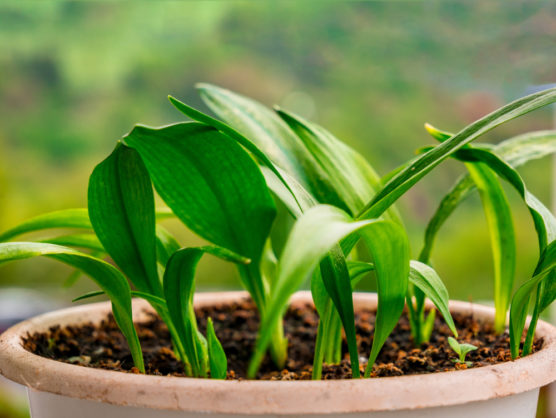 Garlic has the same advantages as that of onion. Most of us cook lips smacking meals with it and you can use it to deter snakes as well. The plant gives off several secretions that snakes do not like in general. For example, the foul smell that can discomfort snakes.

Besides, you can also make a paste of garlic and draw a perimeter around the boundary of your house to deter snakes.  Garlic plants need a lot of direct sun exposure and the soil must be well-drained, fertile, and of neutral pH.

No plant can unanimously prevent snakes from entering into your property, whereas if used in a proper manner and combination ( the more, the better ) can turn out to be really effective. 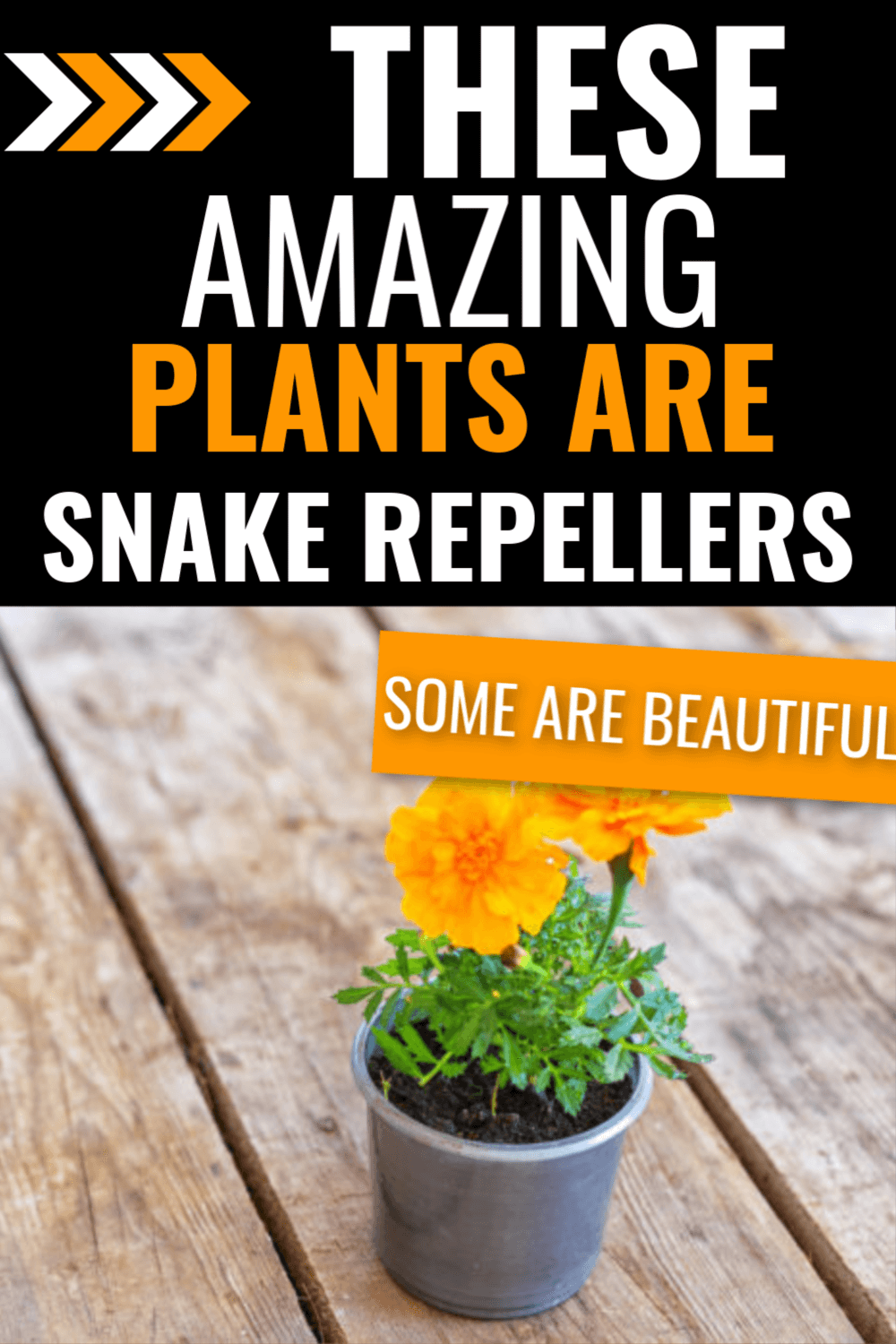 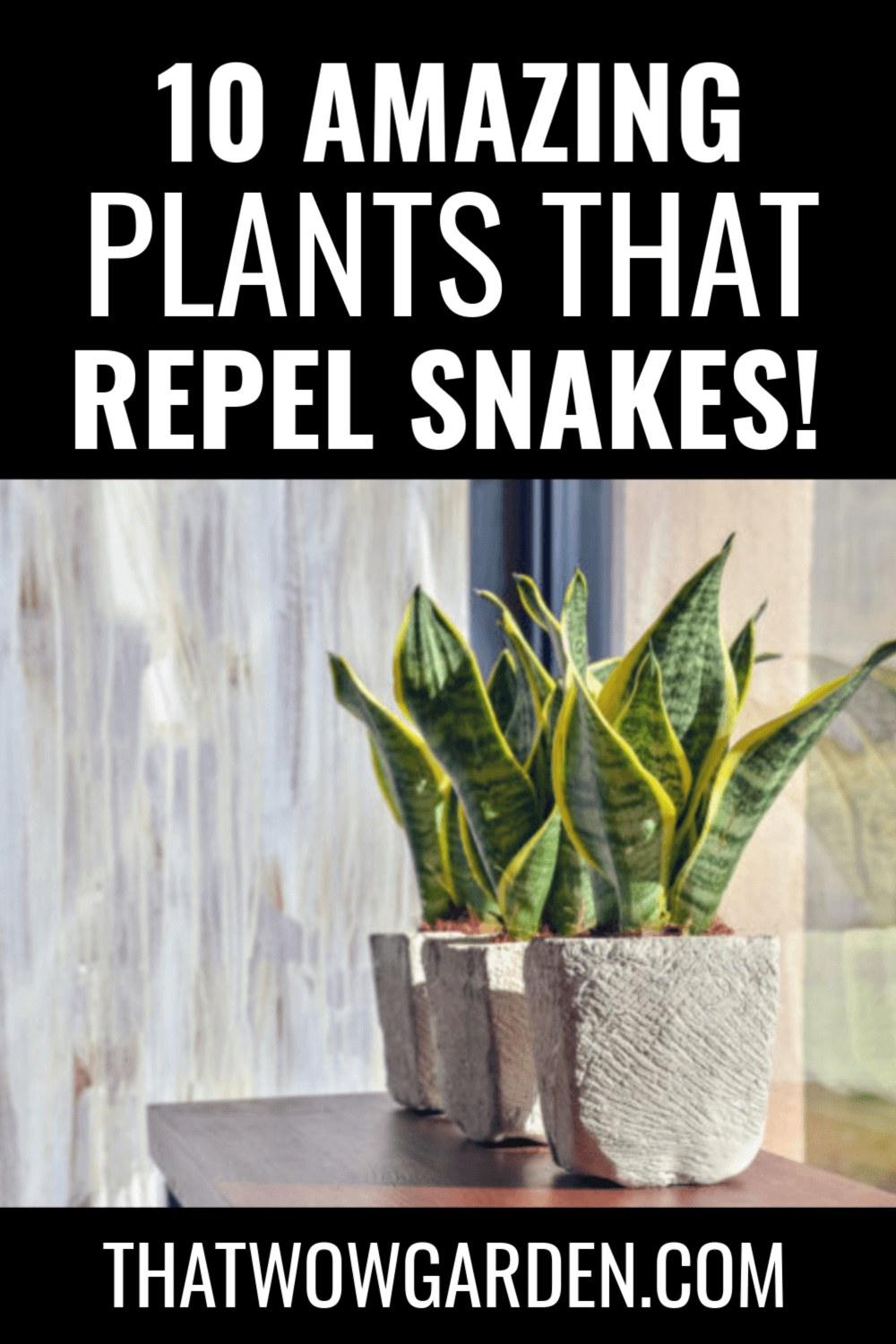 21 Best Flowering Houseplants That Are Easy To...

35 House Plants That Are Dangerous For Dogs

31 Easy to Grow Houseplants for Beginners

18 Plants That Bloom All Summer