Picture a garden, your garden- at night. Imagine luminescent flowers dotting the edges of the darkness, the steady but soothing din of crickets, and an air of shrouded mystery.

Imagine the simple pleasure of walking out into your backyard on a moonlit night- to find flowers in bloom. A seemingly innocuous event, but which has the power to turn the ordinary into something magical, to inject the mundane with a shot of enchantment.

It is this very eventuality (the one where flowers burst into bloom in the darkness) that we shall discuss today- a list of 13 different flowering plants that flourish in the dark. 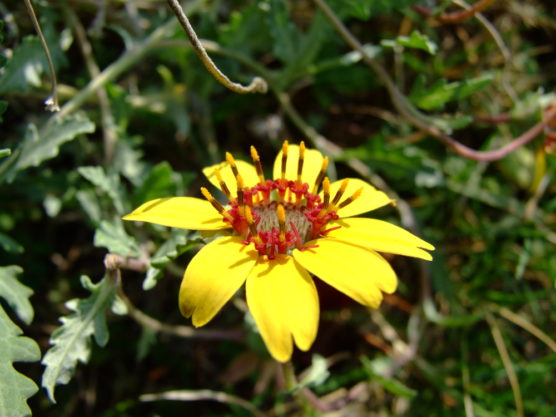 Named so because of its scent that is uncannily like that of chocolate, this cheerful flower blooms at night. It is characteristically yellow, with a protuberant center.

The scientific name for this flower is Berlandiera Lyrata. It releases the chocolaty odor it is famous for until the first light.

2. Queen of the Night 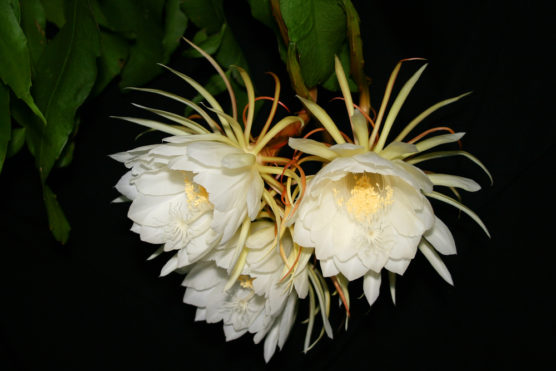 Aptly named, this showy flower is both beautiful and rare. It is known to bloom only a few times a year, and only during night time. Pale and long-petaled, this plant is a cactus albeit a flowering one.

The flowers themselves are delicate and wispy, with pale pink centers.

Despite the lack of frequency or regularity the flower displays when it comes to blooming, the plant does compensate for it by opening several flowers when it does. 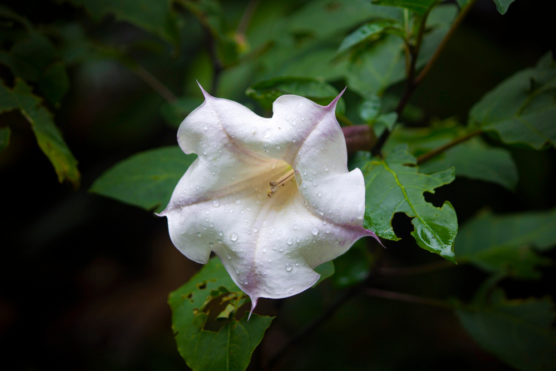 Datura is known by many names- each with quite an obvious explanation as to why. It is often referred to as the moonflower, owing to, undoubtedly, the pearly white sheen that it possesses. Angel’s trumpet is another common name, as an homage to the trumpet-like shape the flower embodies.

It has silky white petals and attracts a bevy of moths when it blooms. 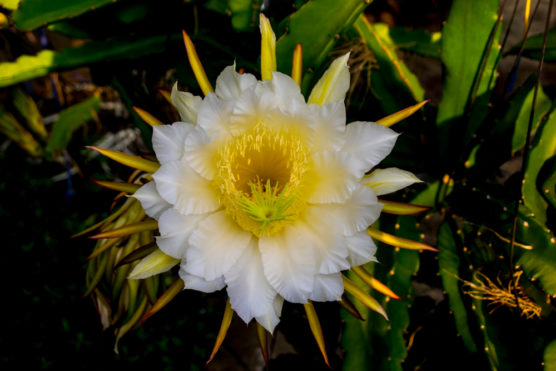 A night time flowering plant, the dragonfruit cactus blooms for only the duration of one night. It withers and shrivels up the next morning.

It is stunningly beautiful, however, with paperwhite petals and a lingering scent.

A flowering plant that has blooms that show up with the onset of dusk, primroses are pale pink with white variegation. They are known to last the night and are also less delicate than most other night blooms.

Excellent pollinators, primroses are known for their expansive propagation and are attractive to bees. 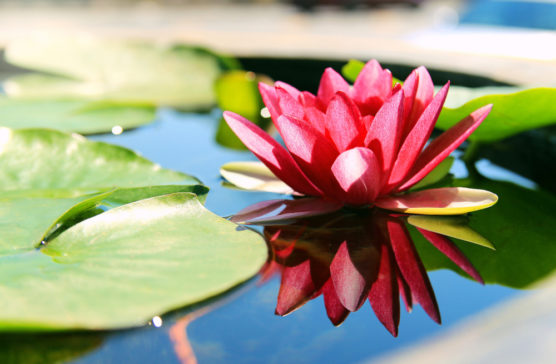 A particular variety of water lily that gets its name for its distinctive red hue, this flower blooms on ponds and bogs through the night.

It is also a larger specimen than the regular water lily and has diaphanous petals. 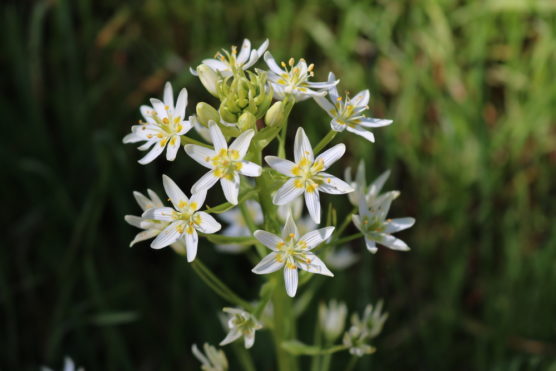 A lesser-known fact about the tuberose is that its scents are the strongest when it is dark out. The bulbs of this plant have displayed a higher percentage of blooming during sundown as opposed to in the sunlight.

The flowers themselves are medium-sized and (generally) white. 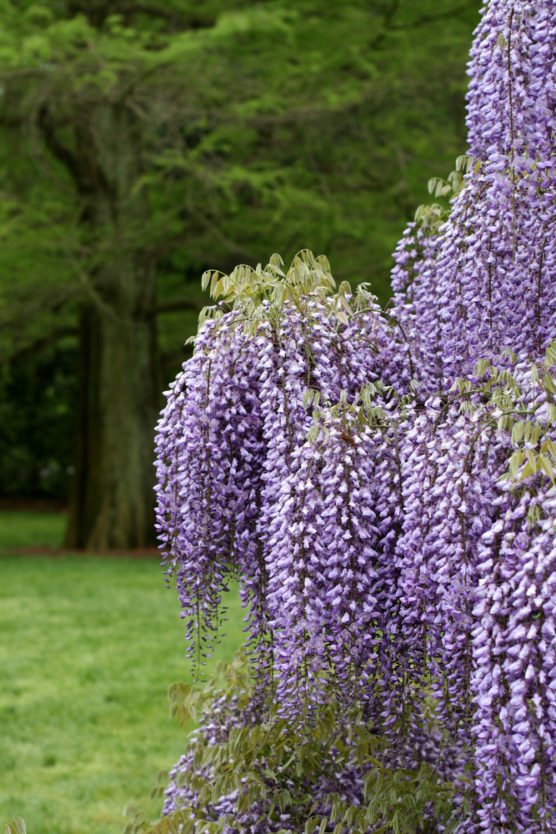 Wisteria plants are rare beauties, one that can take up to several years to be in full bloom. Gardeners and experts generally recommend purchasing one that is already in bloom, so as to avoid the chances that the plant might not bloom after it is planted.

The plant is characterized by an abundance of white and lilac flowers, clusters of it that tend to coil themselves into vines. Delicate though the plant may seem, it is in fact quite a hardy specimen- capable of weathering difficult conditions. 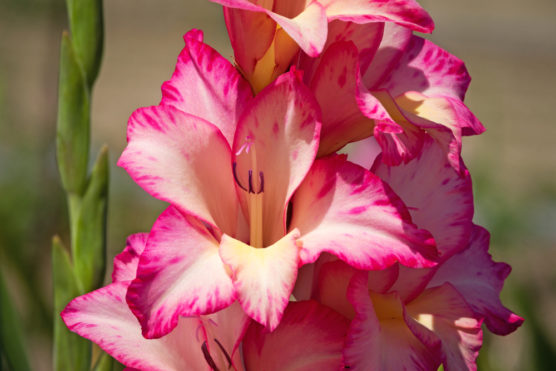 A variety that flourishes in the dark, this flowering plant is defined by light yellow blooms and a tangy, faintly spicy scent.

They do enjoy the sun during the day and grow best in well-drained soil. Good irrigation is a prerequisite for gladioli is not drought-resistant.

A poisonous plant, it should be grown well out of reach for children and pets. 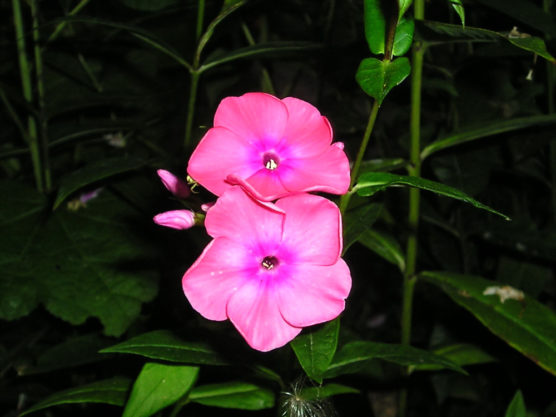 Night phlox or midnight candy is a flowering plant that is named so as a result of its scent, an odor that smells remarkably like candy. An annual, it can be grown in containers and/or flowerbeds.

Summer and fall are the two seasons the night phlox favors, showing also a predisposition to partial shade.

The flowers are quite small, with lush, luxuriant petals that grow in several colors- white, pink, mauve, and red. 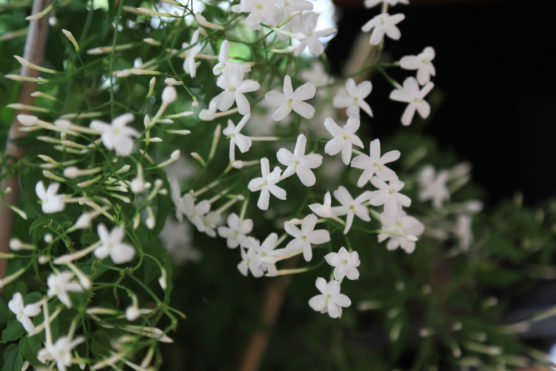 A variety of the famous Jasmine that blooms only during the night, this flowering plant is actually a member of the nightshade group.

The flower itself is white, tinged with green, and exudes a strong, heady scent that lasts the entire duration of the night. Especially suited to the outdoors, this particular specimen does exhibit certain signs of toxicity, including conditions that might aggravate respiratory trouble. 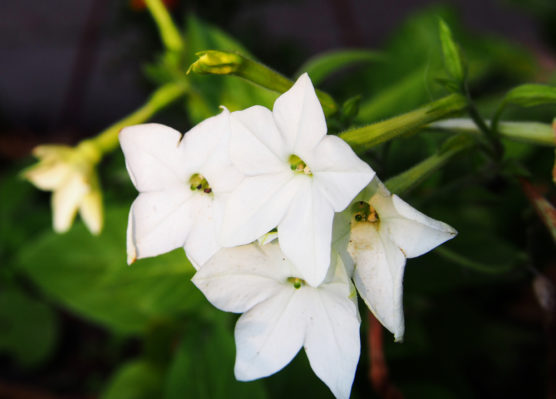 Deriving its name from nicotine, Nicotiana does not actually smell like cigarettes. It has a spicy, faintly smoky odor that is wholly pleasant. The strong scent attracts night pollinators and is a favorite with hummingbirds.

The flowers can be grown in shades of white, pink, emerald, and red.

Named so because it is known to burst into bloom during dusk, the Four O’ Clock is an exuberant, cheerful plant that grows flowers that are often a multitude of many colors.

They can be grown as annuals and/or perennials and bloom in the early spring.

And there you have it, 13 kinds of flowering plants you can grow in your backyard to transform it into a veritable moonlit garden. 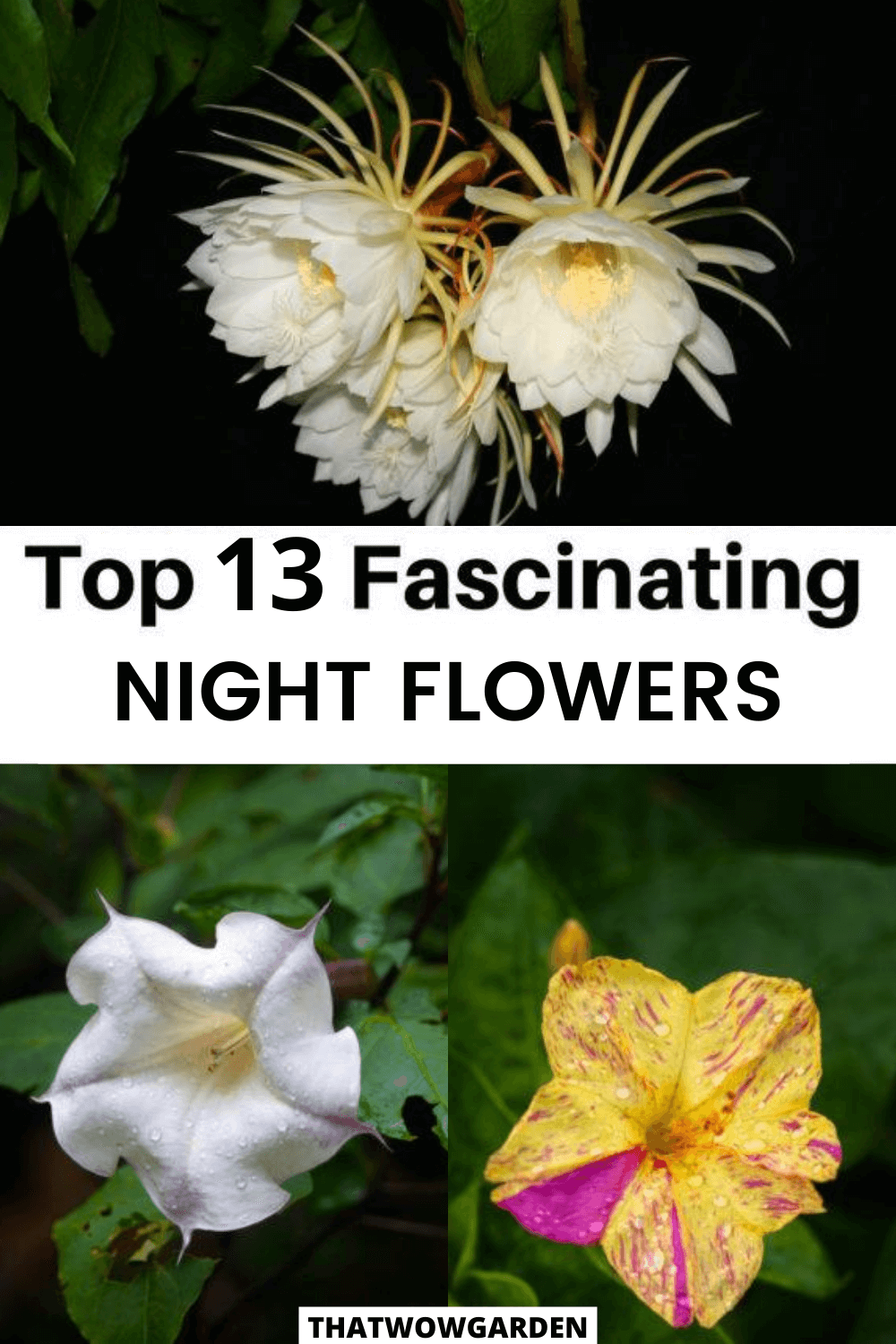